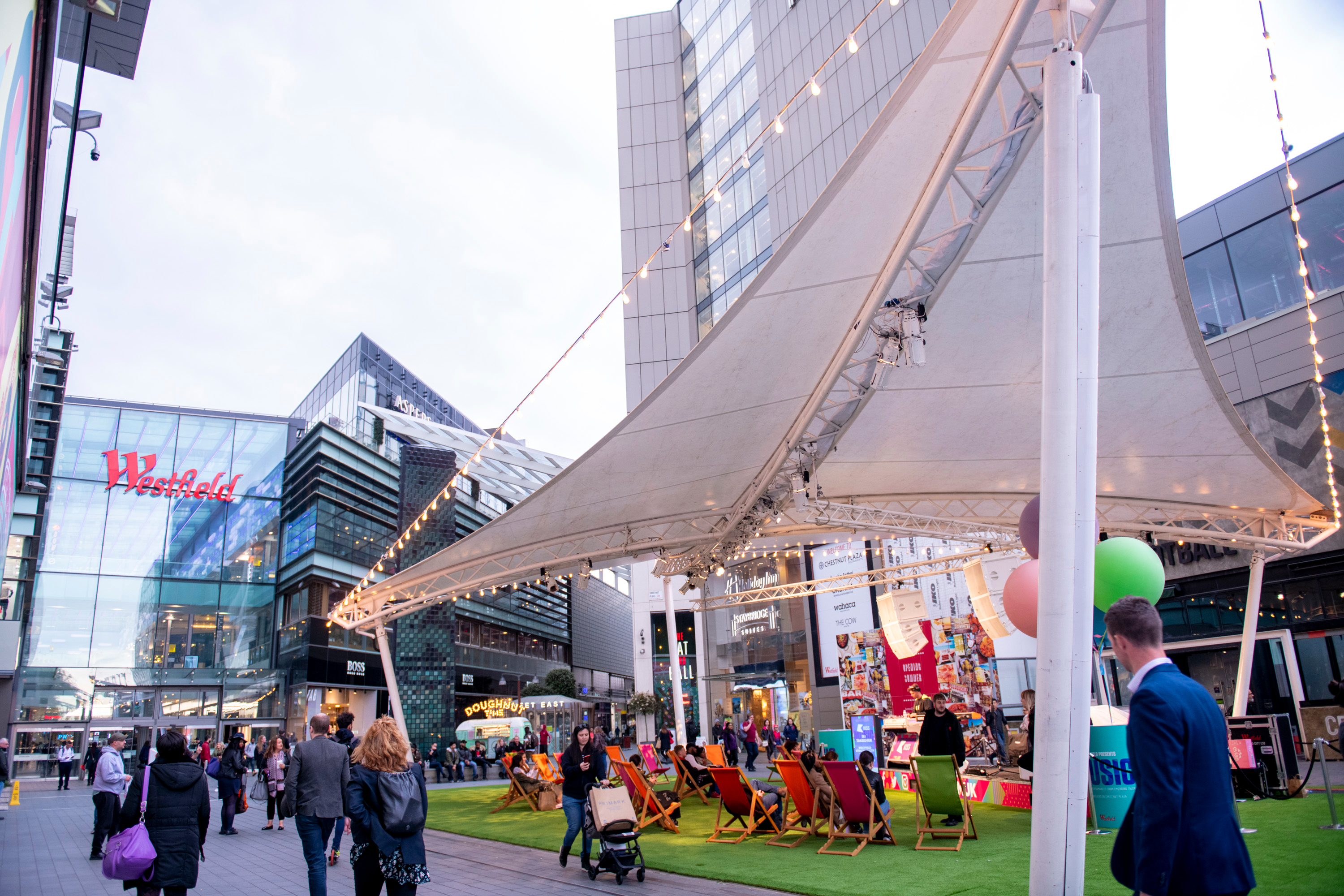 Westfield Stratford City, which opened in September 2011, is the most popular centre in the UK attracting 50 million shoppers annually. Westfield Stratford City features over 300 retailers including major anchors John Lewis, Marks & Spencer and Waitrose and has over 80 dining options. The centre has attracted close to 40 UK-firsts from Victoria’s Secret, Stradivarius, the first global Zara click and Collect, the first Ikea and Jaguar Land Rover inside a shopping centre, as well as the first physical store from online sensation Missguided.

Demonstrating the focus and success of mixed-use development, Westfield Stratford City is a key leisure destination for London and is home to three hotels, the UK’s largest All Star Lanes bowling alley, a 20-screen all-digital Vue cinema and London’s largest Casino by Aspers.

In March 2019, the Group announced the signing of a conditional agreement with a subsidiary of the Canadian public pension fund PSP Investments and global real estate company QuadReal Property Group, to form the "Cherry Park Partnership. The Partnership will deliver a €750 Mn (£670 Mn) Private Rented Sector (PRS) residential scheme, adjacent to one of the Group’s London flagship destinations, Westfield Stratford City. It will be one of London's largest single-site PRS schemes.

Cherry Park will feature approximately 1,200 new homes, benefitting from a suite of amenities including a residents' gym, swimming pool, workspace and high-quality public areas. This new residential quarter in the heart of Stratford City is an example of Unibail-Rodamco-Westfield’s strategy to significantly increase the densification of exceptional and highly connected retail destinations by adding offices, residential, hotels and other uses, where relevant. With the Cherry Park Partnership, the Group is leveraging its unique know-how and joining with strategic capital partners to reinvent city districts.

Westfield Stratford City has been a catalyst to the regeneration of East London. As one of the first pieces of the London 2012 Olympic legacies, by 2027, it’s estimated that £25bn will be invested in the area. Other forthcoming developments include a new culture and education quarter in the Olympic Park, featuring London College of Fashion, the V&A Museum including a partnership with the Smithsonian Institution and Sadler’s Wells.