Giving back: a focus on our civic engagement

At Unibail-Rodamco-Westfield, we value the importance of giving back to communities. Through our civic engagement and job creation projects, we are actively involved in the cities in which we operate. We see ourselves as agents of change, building a together sustainable future.

This winter, Unibail-Rodamco-Westfield supports the Mayor of London’s Rough Sleeping campaign. Westfield London and Westfield Stratford City are the first shopping centres to be involved in Sadiq Khan’s campaign, partnering with TAP London, a not-for-profit company dedicated to improving the lives of homeless Londoners through technology and innovation. A number of contactless donation points have been installed in the Group’s London shopping centres. Visitors and staff can make £3 donations by tapping their contactless card on the dedicated window. Table top payment points have also been installed on guest services desks at both of the shopping centres. All of the money raised will be split equally between 22 charities within the London Homeless Charities Group.

In October, Unibail-Rodamco-Westfield partnered with the startup Lifeaz to teach its shopping centres’ visitors life-saving techniques through the everyday heroes digital platform. A contest was launched in 12 of the Group’s shopping centres in France, in partnership with the Paris Fire Brigade. Over 6,000 heroes were trained thanks to the platform, and 500 more participated in the cardiac massage training sessions organised in the centres.

In the spirit of the holiday season, our teams in Spain rallied in support of the Cancer Research Institute of Salamanca this December. The Institute investigates Chronic Myeloid Leukemia, a rare type of cancer that affects the white blood cells and tends to progress slowly over many years. To help raise funds, the teams have designed personalised holiday decorations to be sold among URW employees in Spain and abroad.

Being involved within our communities also means taking action when tragedy strikes. This fall, California was hit hard by the devastation of wildfires. Our Westfield Topanga team rallied to support the Wolsey wildfire relief efforts, providing shelter for displaced community members. The Rose Goldwater Community Centre served as a “safe space” for nearby affected communities and first responders throughout the worst days of the crisis. Topanga’s Concierge, Security and Administration teams staffed the centre and brought hospitality and warmth to all. We were able to give hundreds a place to come and relax. In addition to providing packaged food and water for those individuals who sought refuge, the Topanga teams also provided food and water to Fire Stations 72 and 84 – the two stations serving as the local community's first responders. As the American Red Cross opened more Evacuation Centres in surrounding schools, Westfield Topanga then shifted its attention to housing the American Red Cross clean-up vehicles as a close and safe staging area. 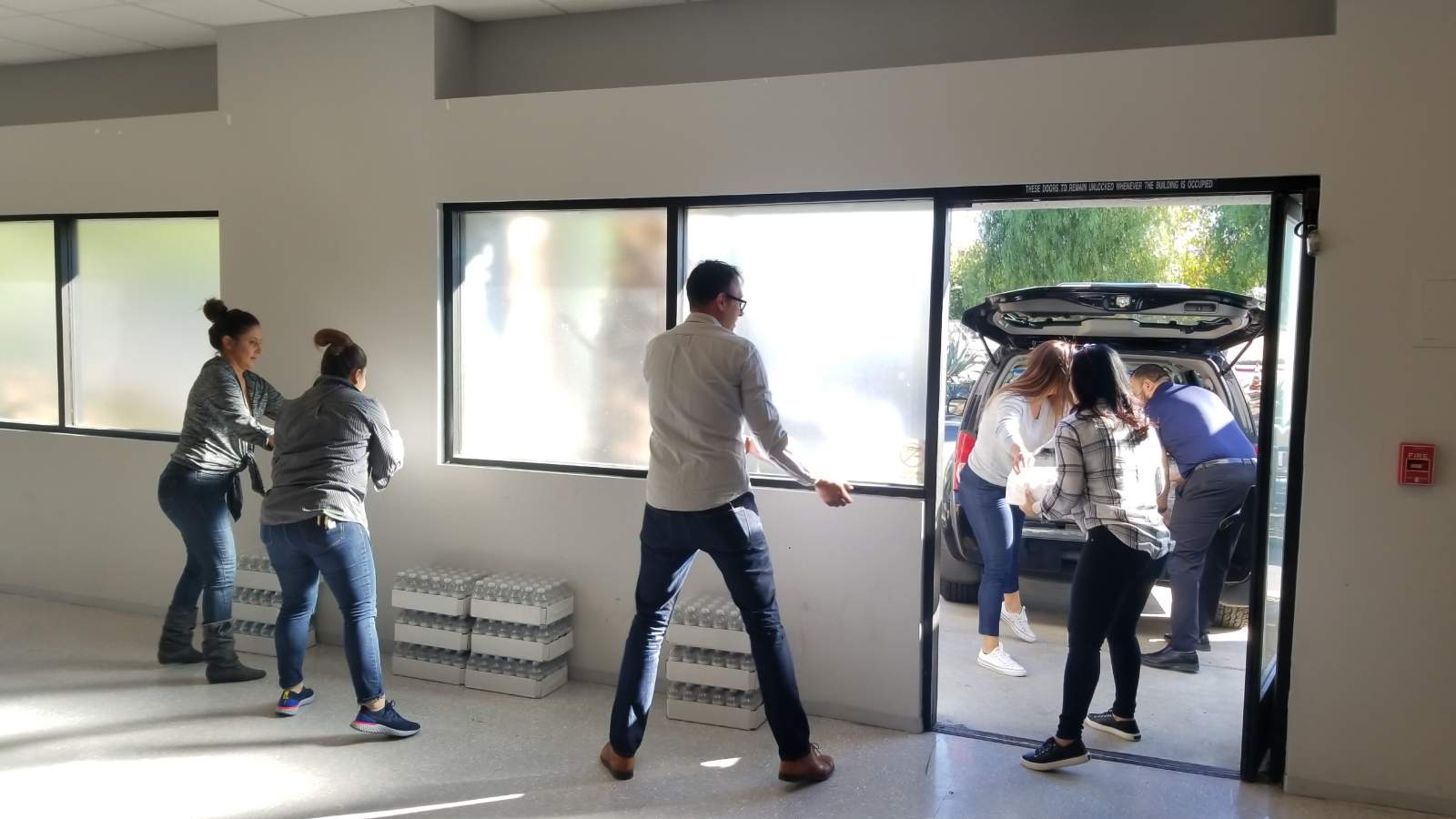 A flurry of festivity in our communities worldwide