Today, Unibail-Rodamco-Westfield is celebrating International Women’s Day! To mark this occasion the Group has planned events, keynote speeches, and discussions across the Group’s headquarters to promote gender equality. Discover all of the different ways we are celebrating:

In France, at the Group’s Paris Headquarters, a conference was held with Mercedes Erra, a French businesswoman and CEO of BETC, with an introduction by the Group’s Regional Managing Director France, Anne-Sophie Sancerre and the Group’s Chief Operating Officer Europe, Michel Dessolain. Around 90 attendees had the opportunity to discover her inspiring career path and  her vision of female leadership.

In the Netherlands, Dutch teams welcomed an external speaker, Annemarie Renes van Asselen, who held former management roles in companies including Google and Heineken and started a personal development platform called Women Development Boutique. She discussed the challenges of building awareness around the balance of feminine and masculine energy in all people.

In the Nordics, external speaker Sandra Bourbon, an investor who only purchases shares in companies that focus on gender equality in their top management, spoke to employees about equality and presented best practices of different companies. There was then a discussion about how everyone can increase their awareness of this topic and make changes in their day-to-day work environment.

In Austria and in Poland, local leaders Dororthy Sydor, Director of Leasing Poland and Nicola Szekely, Country Manager Austria spoke to teams about diversity. The teams then attended a screening of the film ‘Hidden Figures’ about the women behind one of NASA’s most important launches in history.

In the U.S. an open panel discussion was organised, led by the Group’s EVP, General Counsel US Aline Taireh and other women from the U.S. teams. The panellists explored the importance of recruiting and retaining women in the workplace, the risks posed by stereotyping and bias, and how women’s voices bring value and balance to the business environment.

Today’s events were a great opportunity for the Group’s team members to reflect and determine how, individually and collectively, we can play a role in promoting gender equality in our day-to-day activities. 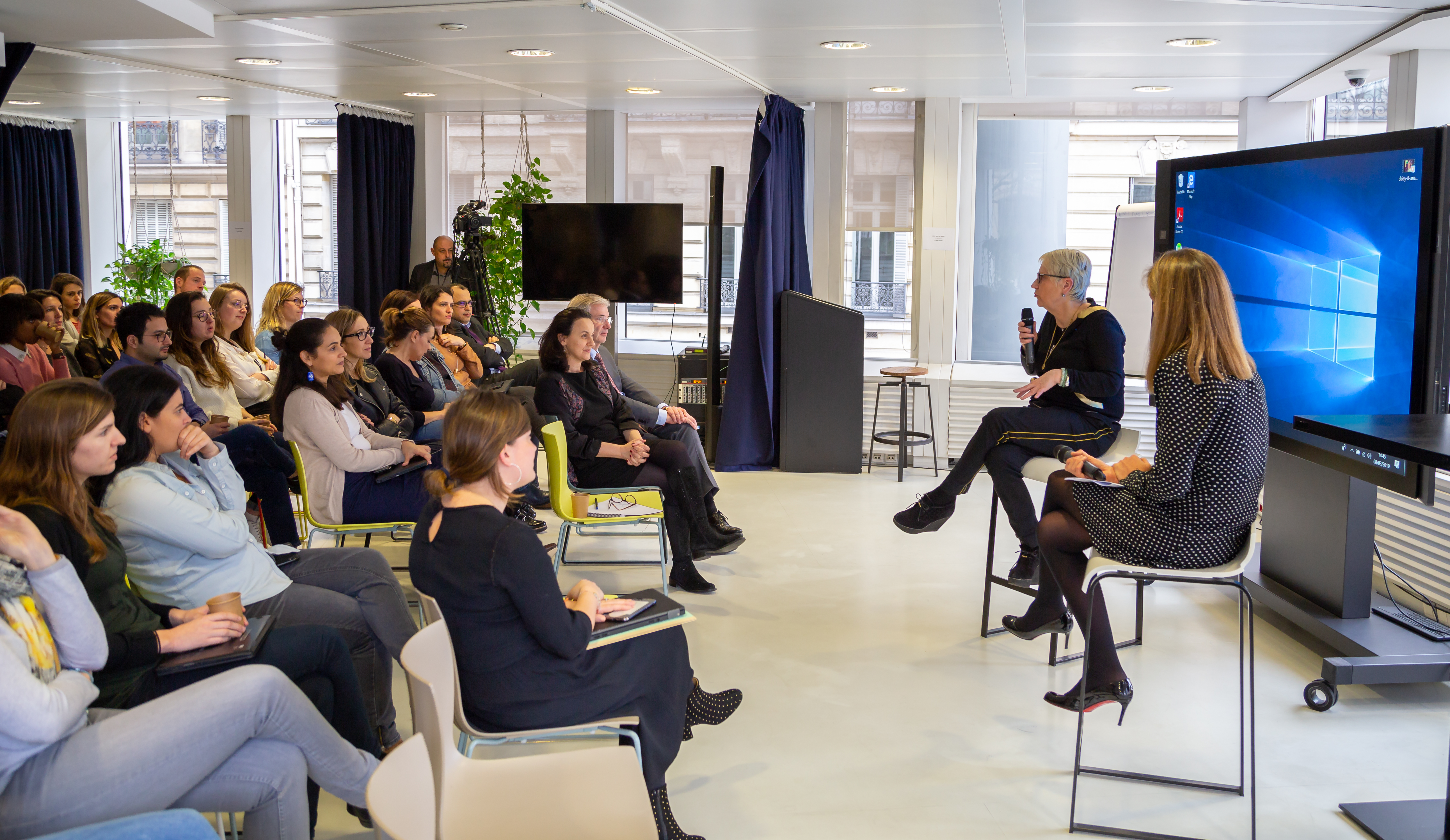 Sharing the spirit with our communities